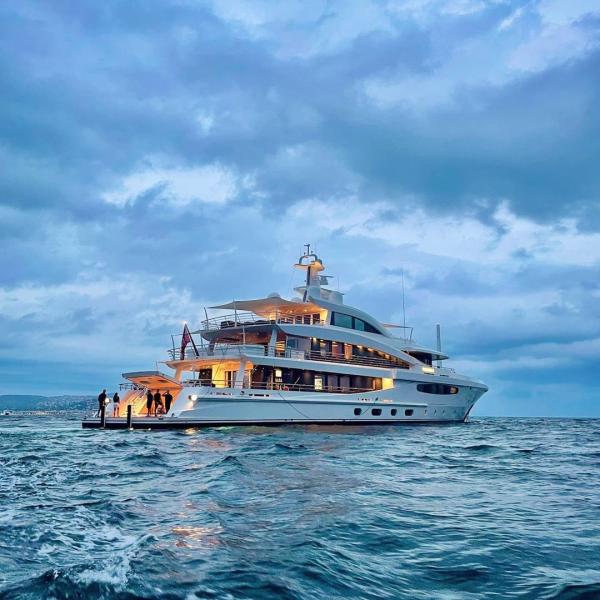 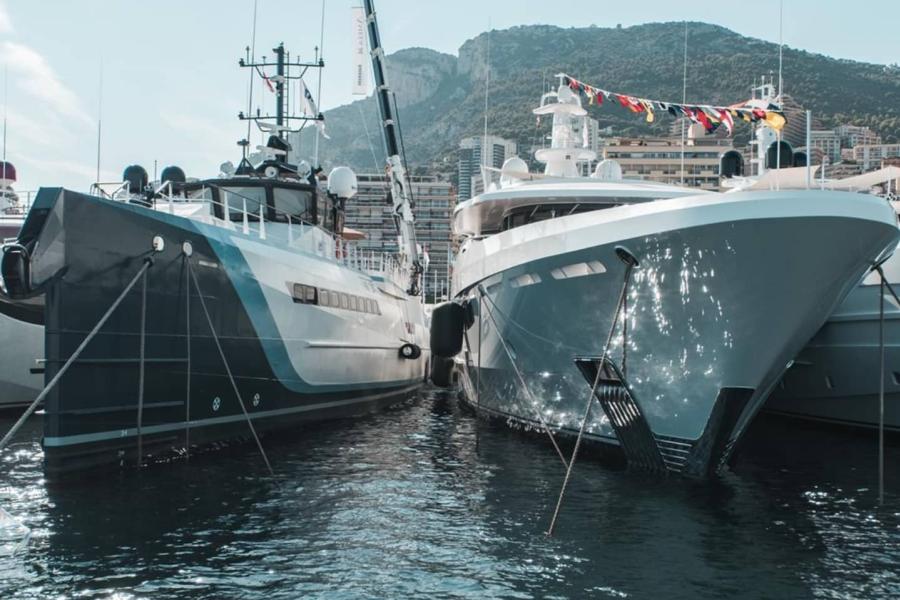 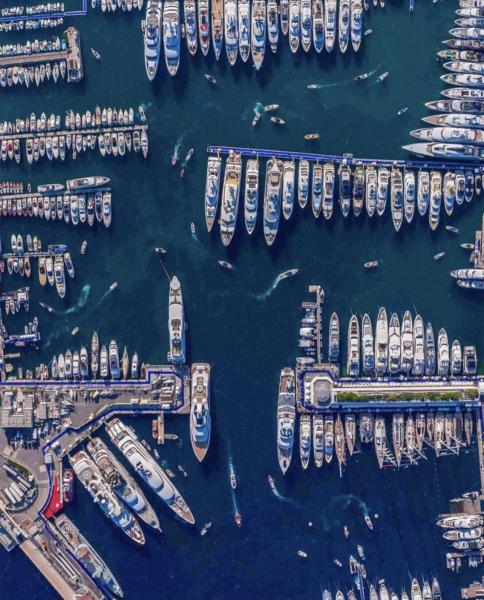 188ft of AMELS excellence, Volpini II graced the French Riviera with her presence at the 2021 Monaco Yacht Show. This awe-inspiring yacht exhibited the future of yachting, and what is possible with semi-custom superyacht construction at the worlds leading Superyacht show, on behalf of Amels/Damen Yachting.

Volpini II, notably represents  the first yacht in this series, from the Limited Edition Range by renowned designer, Tim Howard, paving the way for hybrid yachts a very competitive market.

The yacht also boasts a lavish interior design, by Reymond Langton and it is very easy to see why the Amels 188’ has captured the hearts of so many in the industry.

SYM Superyacht Management are proud that this award-winning yacht was SYM Sold, an SYM New Construction, and remains SYM Managed to this day.

We caught up with Captain Nathan onboard Volpini II at the Monaco Yacht Show. Here’s what he had to say:

It was fantastic. After a couple of years off and not being able to socialise with people outside of your bubble, it was really good to finally be back with friends and colleagues in a safe environment. It was also fantastic for brands to showcase what the industry has been working on over the last couple of years. Overall, the show was a great success.

Volpini II is stunningly modern, super clean, and carries simplicity throughout. One of the most distinct characteristics is her compliance with the Tier III regulations - The first vessel in the world to have this! Volpini II also prides herself on having a green certificate, and always seeks to be a good ambassador in the yachting world,  with the crew regularly assisting in many beach clean up and charity events. Pre-pandemic, we also aided charities in Australia, and did all we could to help out. Volpini II herself has a battery hybrid, an emerging feature which is new to us all to reduce power consumption. Despite being 3 years old, Volpini II remains at the pinnacle of the yachting world, with high-tech equipment and ‘spaceship’-like engineering.

Only the environmental factors. Propulsion wise, we are still running with the same single bow thruster, twin propellor propulsion system as traditional engineering. The MTU engines are becoming much more efficient than they used to be; running at 10 knots now, the engines use 100 litres an hour per engine. Fuel consumption is a lot lower than it used to be, with the hybrid system saving money on generators. Onboard, we run a dual generator set up, one with a lower KW output, with greater efficiency, that can be utilised when we are without guests.

The size range we are at, which is just short of 60M, is probably as big a boat as one could possibly need. We have two lounges and 6 different guest cabins, allowing for multiple guest configurations. There is a gym onboard, jacuzzi, sauna, steam room and a beach club. You can always find faults in any design but I really do think Volpini II comes on top. We don’t have walkaround decks, allowing for wide social areas. One feature which is particularly favoured by all is the glass on the bridge-deck aft that flows halfway down the dining area, which acts as a protective shield, allowing for  al-fresco dining all year round. Outdoor heating is currently being installed. Design wise, she is a very good looking boat. We have stayed away from varnish and have used veneer instead which is easier to maintain. Exterior surfaces such as windows, paint etc are treated with products that allow for easier maintenance, resulting in a newer looking boat.

People were blown away by the boat's quality. We were sitting at the show with low fuel but we were still solid and stable. Many people had mistaken Volpini II for a brand new boat, with a few magazines approaching us, interested in a new boat release feature! In the first 16 months, we actually covered 21,000 miles so she has certainly been used. This all comes down to good crew, good management and really pushing to take pride in the boat you work on. Ultimately, it descends from the owner's passion too. The teak is in immaculate condition and any breaks or damages, are made good at the first opportunity. In general, there were some really positive responses. Everyone was really impressed with what they saw.