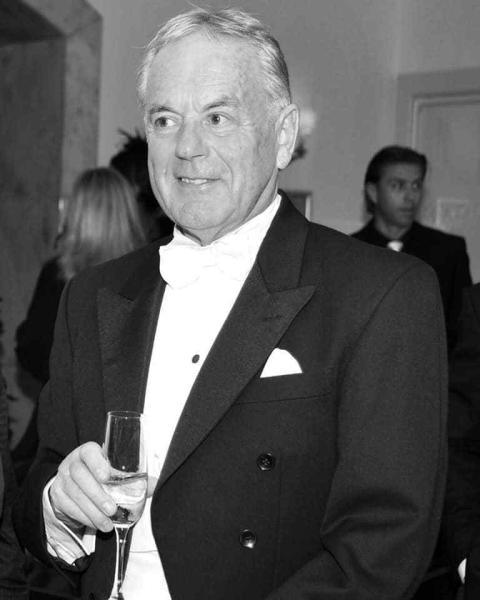 Robert Braithwaite, one of the founders of Sunseeker International, a true entrepreneur and pioneer of the leisure marine industry, passed away in Dorset on the 7th March 2019 having recently fought Alzheimer’s. He was 75 years old.

Robert grew Sunseeker International from very humble beginnings to become one of the most respected and prolific yacht builders in the world with around 2600 employees and a product range from 38 to 161 feet; sold through a network of 120 sales and service locations in 74 countries.

His passion for business, his boldness to continually develop the product range and his strength of character helped create one of the UK’s strongest luxury brands.

Robert not only held the position of Chairman of the British Marine Federation on three occasions, he was made a ‘Freeman of the City of London’ by the The Worshipful Company of Shipwrights and was Deputy Lieutenant of Dorset. He was also awarded an MBE and later a CBE in recognition of his contribution to the marine industry, not to mention numerous Queen’s Awards for Enterprise for the wider business.

He always shared his success and was a generous philanthropist, notably donating a vital new £3.5million da Vinci robot to Poole Hospital to support advanced keyhole surgery for cancer patients; the only hospital in the country, and one of only a handful in Europe with access to such pioneering technology.

Famously, Robert is quoted as saying “When I was young I was told it was impossible to have a career in boats. I guess I proved them wrong.”

As well as his loyal employees, Sunseeker Dealers, clients and close friends, in Robert’s words “the Sunseeker family”, Robert leaves two daughters and four grandchildren and will be very sadly missed.