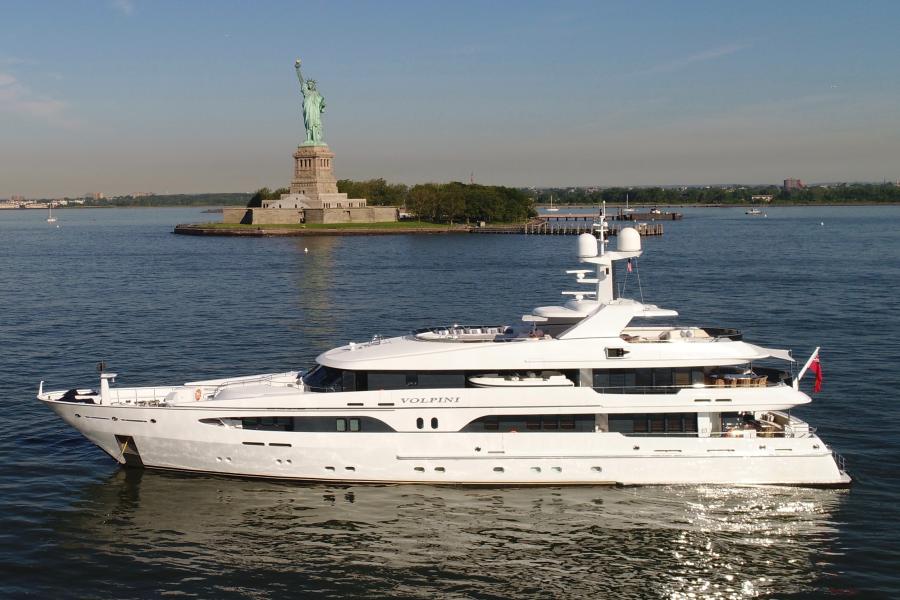 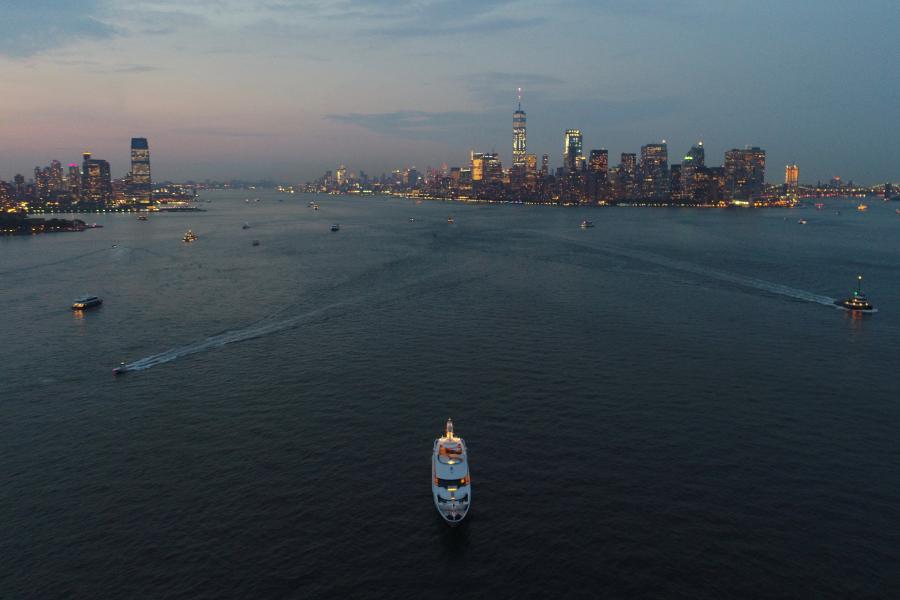 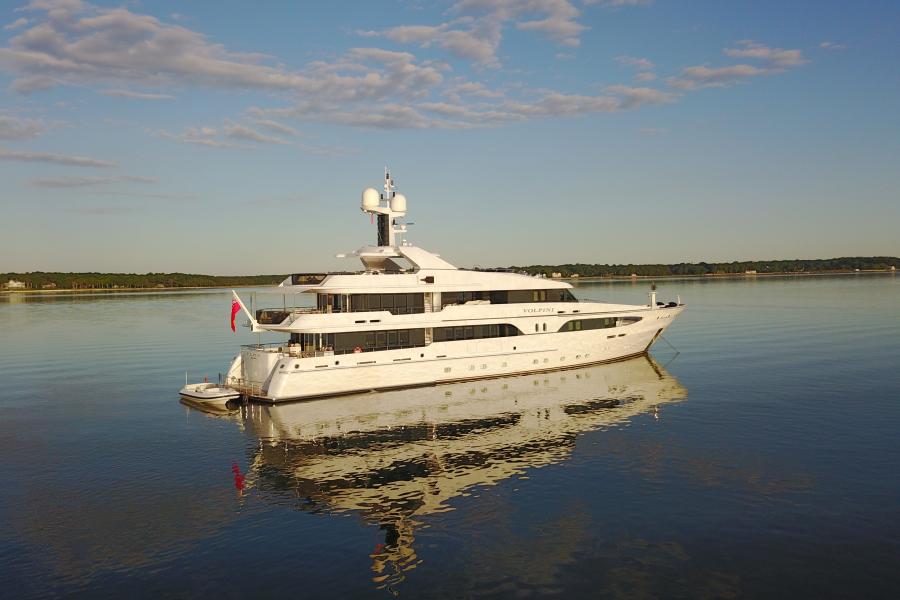 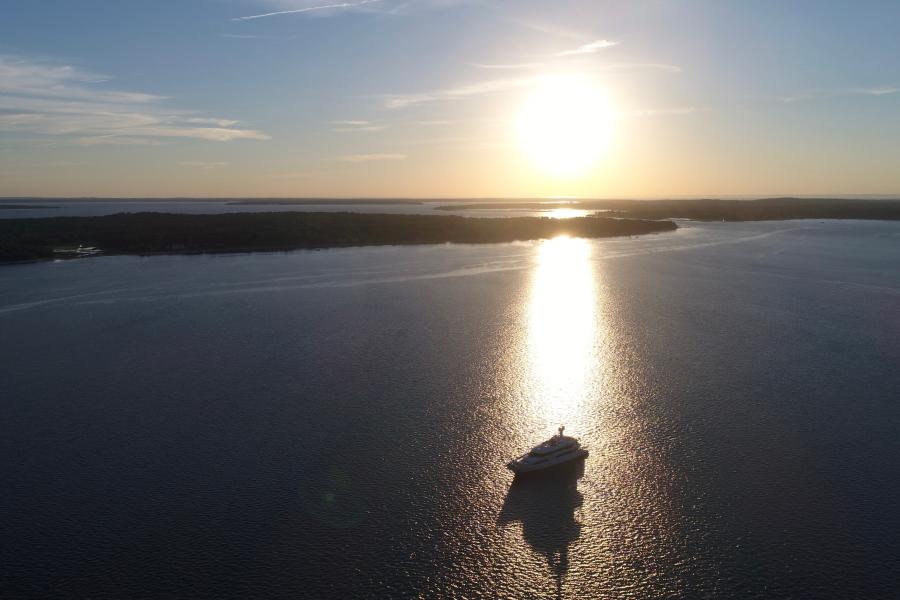 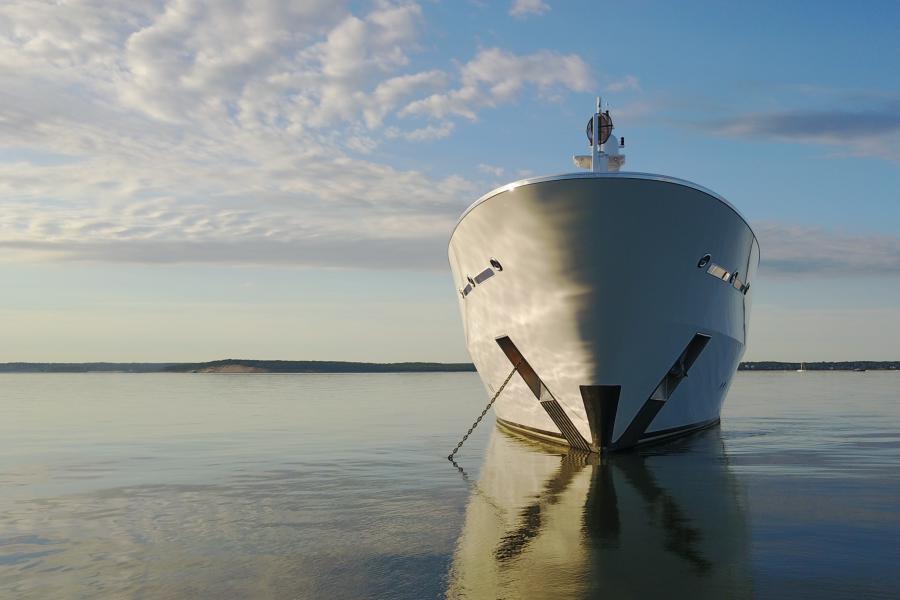 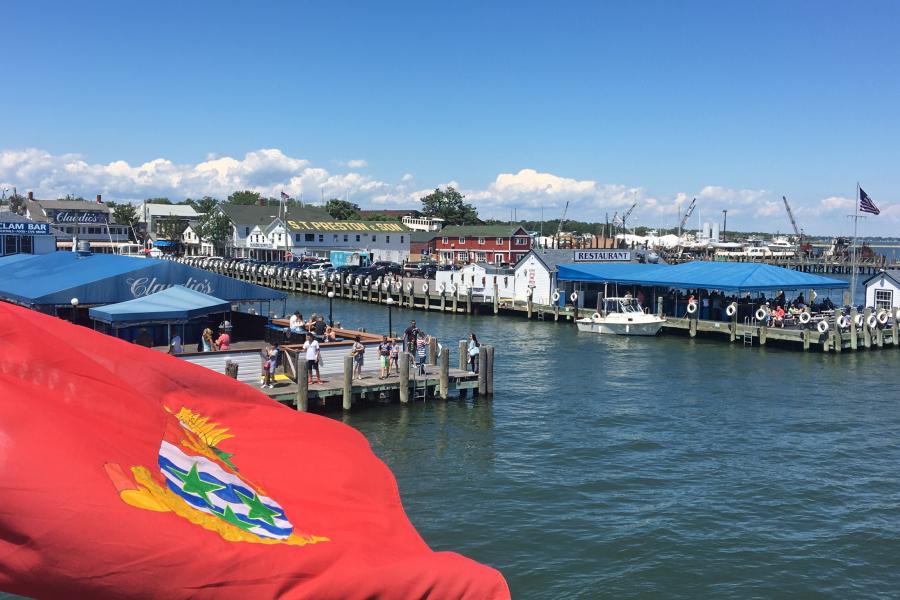 This summer, M/Y VOLPINI followed their Caribbean season with a visit to New York and Long Island for the first time under the attentive command of Captain Nathan McFadyen.

Nathan took on a pilot for local knowledge as they headed along East River, covering the 16mile waterway between New York Bay and Long Island Sound and passing under 8 historic bridges and some of the world’s most iconic sights such as Brooklyn Bridge and the Statue of Liberty.

On navigating this area Nathan told us “You might be in one of the biggest cities in the world, but it’s not set up for superyachts the way it is in the Med. Here you have to be on top of your game. It’s tidal and there are shallow waters, sometimes just 20-30 cm under the keel. And you must work in feet and fathoms of course”

He went on to say “You need to be aware of the sediment and river silt. At one point we were changing the water-maker filters every 6 hours instead of every 6 weeks like in the Med. You’re in a 760-square mile No Discharge Zone and there aren’t a lot of pumpout services, so that complicates things somewhat”

From downtown Manhattan they headed up through Long Island Sound, taking in beautiful inlets and small towns such as Greenwich, Oyster Bay and Mystic. The guests were fortunate enough to glide by the exclusive and historic Hamptons, with a fantastic view from the yacht of the spectacular mansions that dot the shore.

Next was the quaint little seaside village of Sag Harbor, and Greenport both known for their fine dining, shopping opportunities and historic charms.  From here VOLPINI continued her journey north towards Maine and Halifax, Novia Scotia where the adventures continued.

VOLPINI, an AMELS Full Custom yacht, built in 2004 actually returned to AMELS for an extensive refit and 10-year survey in 2014, managed by the team at SYM Superyacht Management.