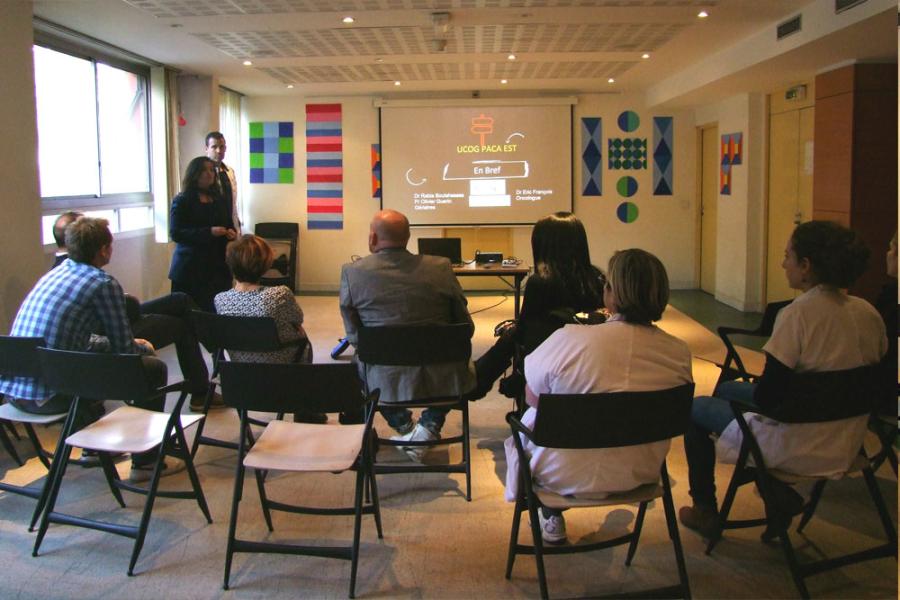 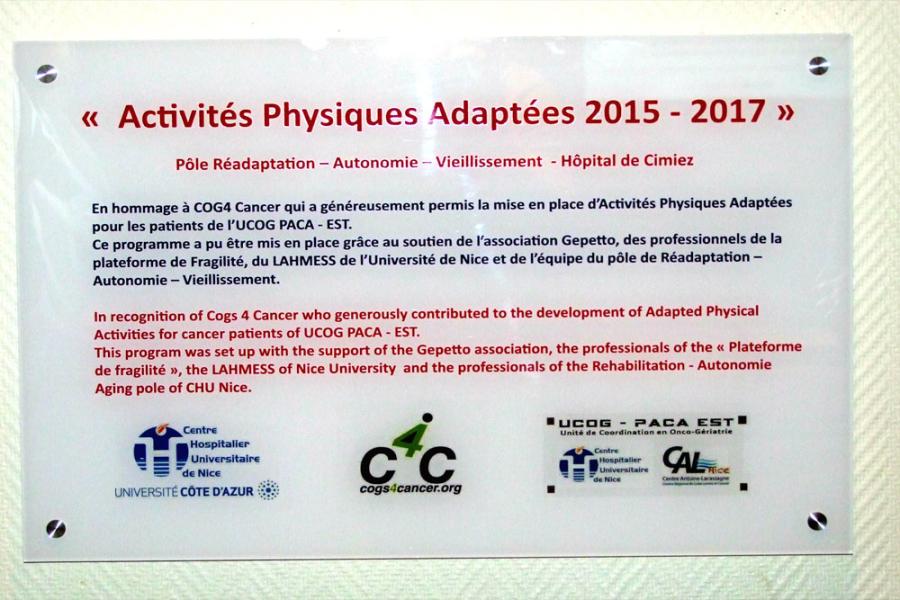 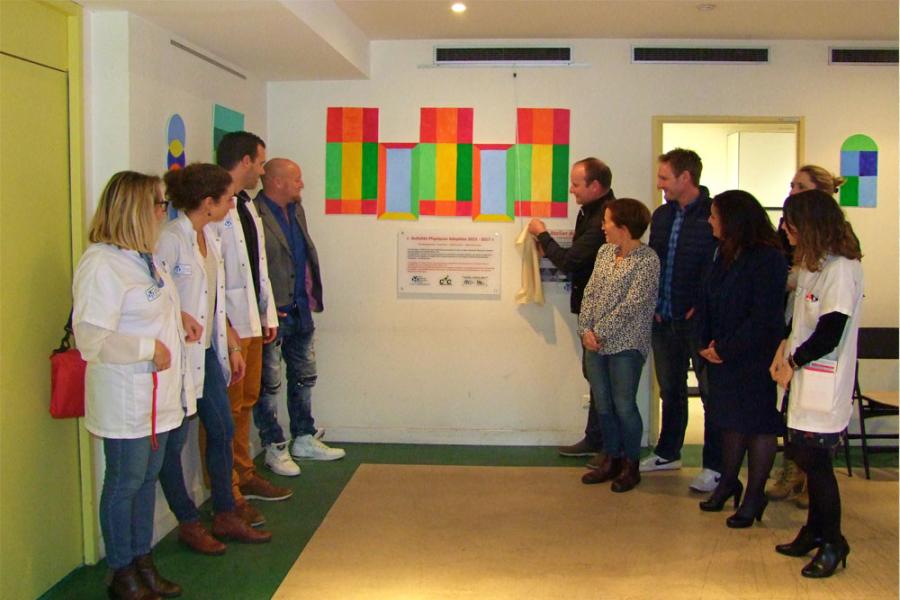 The 8th February 2018 marked an important day for COGS 4 CANCER when members of the C4C team got to see first-hand that monies raised during the events have genuinely had a really strong, positive tangible impact.

Back in 2015, funds raised during the COGS 4 CANCER RIDE between Barcelona and Antibes supported a two year research programme into the advantages of a physical activity programme for elderly patients undergoing chemotherapy, radiotherapy and post surgical treatment, after cancer. Hundreds of patients have benefitted from this ground breaking program which has resulted in some very impressive results, so much so that other national and International support programs have started to emulate the project.

During the visit a special ceremony was organised by the hospital who wanted to show their appreciation and personally thank COGS 4 CANCER and all those who participated and supported with the un-veiling of a plaque in recognition of everyone’s efforts.

To recap COGS 4 CANCER has raised a staggering ONE MILLION EUROS since 2013.

Last year’s ride saw 30 amateur cyclists all from the superyacht industry cycle a whopping 1400km from London to Antibes in October 2017. The final count shows that they raised a seriously impressive €299,707 over the course of their efforts in 2017!

Supported over the years by a bevy of high-profile celebrities such as Mr. Abramovich, Jenson Button, Novak Djokovic, Rihanna and Sylvester Stallone to name but a few, the 30 riders were joined on the final leg of their epic ride by a throng of tribute riders helping to raise the bar. It was with great excitement when the overall aim to reach the all-important ONE MILLION EURO mark was finally achieved.

Ben Young, Managing Director of SYM Superyacht Management and President of COGS 4 CANCER says, “C4C has shown once again how incredibly positive and generous the yachting industry can actually be. I would like to thank each and every person who has ever ridden, volunteered, donated or supported in any way whatsoever. This would not have been possible without each and every one of your efforts”